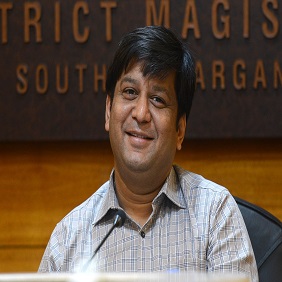 South 24 Parganas is, indeed, a complex district, stretching from the metropolitan Kolkata to the remote riverine villages upto the mouth of Bay of Bengal, Apart from its staggering size and population, the district administration has to contend with problems typical of metropolitan living in the urban area such as high population density and overload civic infrastructure and in complete contrast, in the rural area the lack of transport and communication facilities and weak delivery systems. 84% of the population lives in the rural areas, where development is taken care of by the panchayat bodies. The remaining 16% population is looked after by the Kolkata Municipal Corporation and seven municipalities. The scheduled caste comprises 39% of the total population and B.P.L. families constitute 37.21% of the population.